Donna J. Haraway (born September 6, 1944) is an American Professor Emerita in the History of Consciousness Department and Feminist Studies Department at the University of California, Santa Cruz, United States. She is a prominent scholar in the field of science and technology studies, described in the early 1990s as a "feminist, rather loosely a postmodernist". Haraway is the author of numerous foundational books and essays that bring together questions of science and feminism, such as "A Cyborg Manifesto: Science, Technology, and Socialist-Feminism in the Late Twentieth Century" (1985) and "Situated Knowledges: The Science Question in Feminism and the Privilege of Partial Perspective" (1988). She is also a leading scholar in contemporary ecofeminism, associated with post-humanism and new materialism movements. Her work criticizes anthropocentrism, emphasizes the self-organizing powers of nonhuman processes, and explores dissonant relations between those processes and cultural practices, rethinking sources of ethics.

Haraway has taught Women's Studies and the History of Science at the University of Hawaii and Johns Hopkins University. Haraway's works have contributed to the study of both human-machine and human-animal relations. Her works have sparked debate in primatology, philosophy, and developmental biology. Haraway participated in a collaborative exchange with the feminist theorist Lynn Randolph from 1990 to 1996. Their engagement with specific ideas relating to feminism, technoscience, political consciousness, and other social issues, formed the images and narrative of Haraway's book Modest_Witness for which she received the Society for Social Studies of Science's (4S) Ludwik Fleck Prize in 1999. In September 2000, Haraway was awarded the Society for Social Studies of Science's highest honor, the J. D. Bernal Award, for her "distinguished contributions" to the field. Haraway serves on the advisory board for numerous academic journals, including differences, Signs: Journal of Women in Culture and Society, Contemporary Women's Writing, and Environmental Humanities. 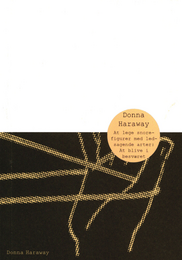 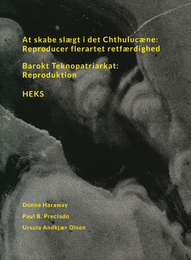 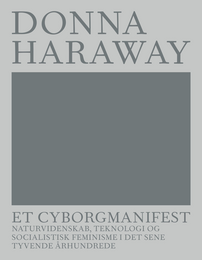 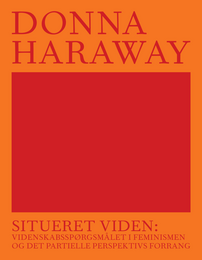 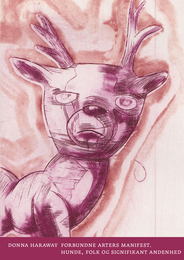