Samanta Schweblin (Buenos Aires, 1978) is an Argentine Spanish language author, who has published three collection of short stories and a novel, besides having stories published in anthologies and magazines. Her work has won numerous awards and has been translated in over 20 languages including English, German, French, Italian, Portuguese, Serbian, and Swedish. She resides in Berlin.

In 2002, Schweblin published her first book El núcleo del Disturbio (The Nucleus of Disturbances), which won an award from Argentina's National Fund of the Arts and first place at the Harold Conti National Contest. In 2008, she won the Casa de las Americas award for her short-story collection Mouthful of Birds. Her third collection of short-stories, Siete casas vacías (Seven Empty Houses) was published in 2015. Her first novel Distancia de Rescate (lit. Rescue distance), translated into English as Fever Dream, won the 2015 Tigre Juan Award, and was nominated for the 2017 Man Booker International Prize.

Schweblin was included in the anthologies Quand elles se glissent dans la peau d'un homme (Éditions Michalon, Francia. 2007),Una terraza propia (Norma, 2006), La joven guardia (Norma, 2005), and Cuentos Argentinos (Siruela, España 2004), among others. An English translation of her story Killing a Dog was published in the Summer 2009 issue of the London-based quarterly newspaper The Drawbridge. Translations of her stories have also been published in The New Yorker and Granta.

In 2010 she was chosen by Granta magazine as one of the 22 best writers in Spanish under 35 years.

In 2019 she was once again nominated for the Man Booker International Prize for the English translation of Mouthful of Birds. 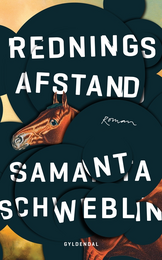 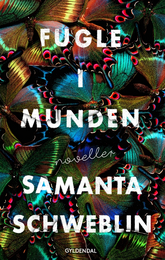